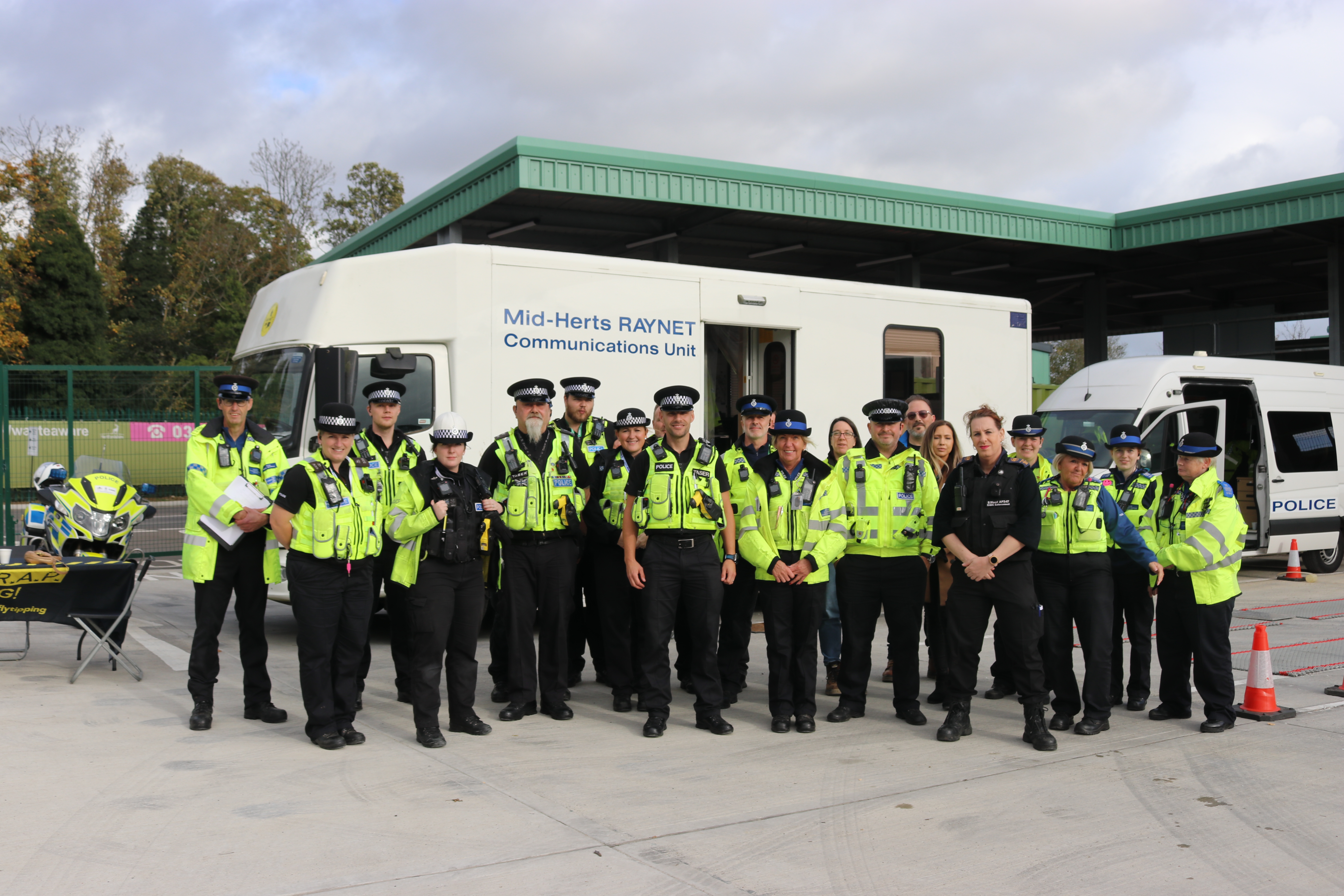 They were supported by other agencies on the day including Hertfordshire Trading Standards, the Environment Agency, the Driver and Vehicle Standards Agency and His Majesty’s Revenue and Customs (HMRC).

The operation, code named Op Agrarian, stopped commercial vehicles to ensure they were in roadworthy conditions and had the correct licences to operate.  Around 150 vehicles were stopped with the following results:

Commenting on the operation, East Herts Council’s Executive Member for Planning and Growth, Cllr Jan Goodeve, whose remit includes licensing, said: “Our licensing and enforcement officers at East Herts Council worked closely with all partner agencies involved on the day and achieved great results identifying issues with nearly 30% of the commercial vehicles stopped.

“The results highlight the volume of potential criminals using our road networks in the district on a daily basis, so I would urge all residents to be vigilant and if you suspect someone is operating illegally, or driving an unroadworthy vehicle, then please be responsible and report them to the relevant authorities.”

Sergeant Terry Alcock, from the Hertfordshire Police’s East Herts Rural Safer Neighbourhood Team who coordinated the operation, said: “Operations such as this enable us to proactively gather intelligence about who is travelling through the area, as well as detecting and preventing crimes such as fly-tipping and theft of fuel. It also allows us to remove potentially dangerous vehicles from our road network.

“It’s an excellent example of partnership working which I hope provides reassurance to our local communities.  I would like to extend my gratitude to those who assisted at the event and to the many law-abiding motorists for their patience and understanding in supporting these proactive operations.”