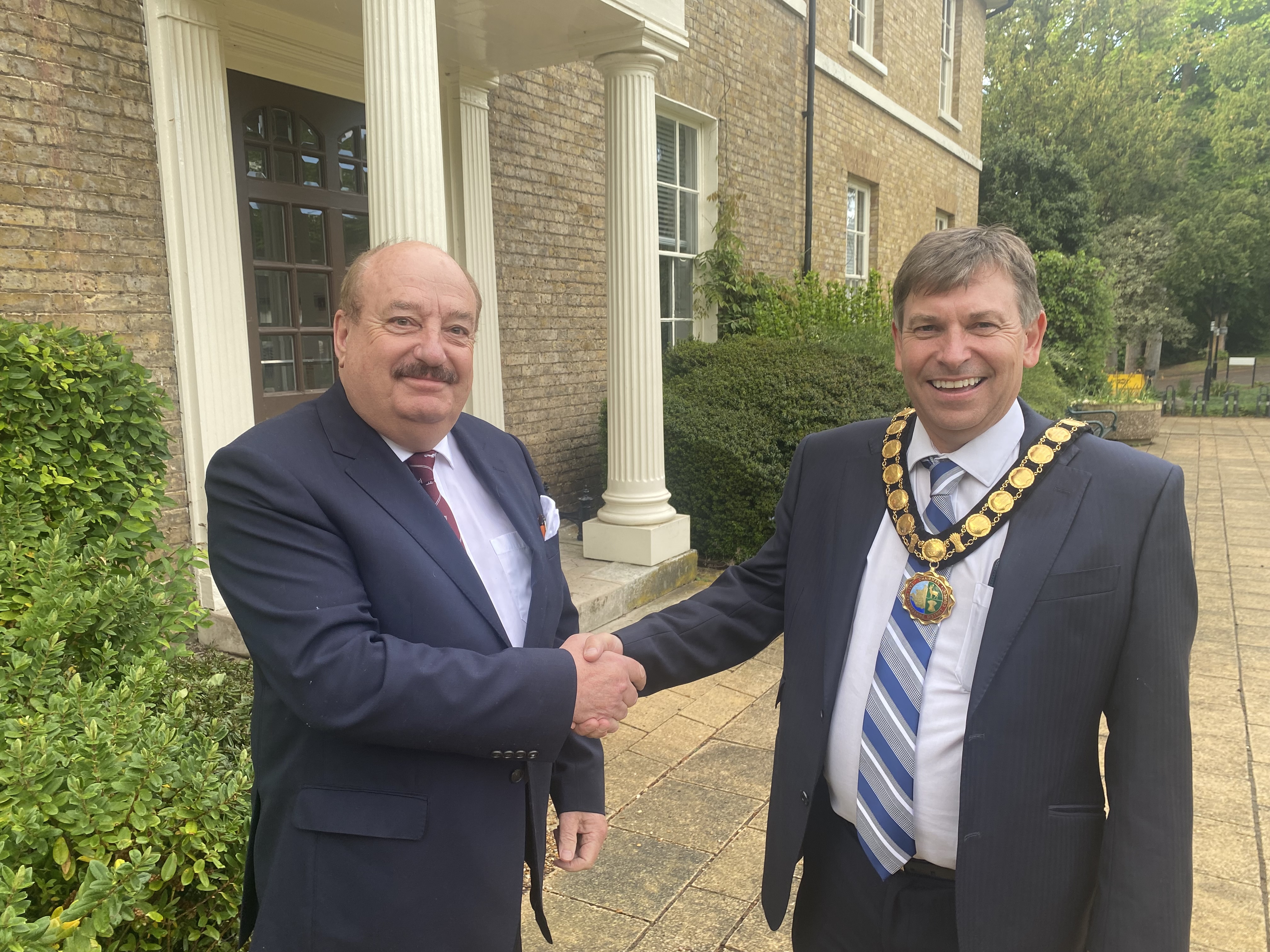 Full Council voted for Councillor Ian Devonshire to be chairman, who has served as vice-chair for the past year, and replaces outgoing chairman Councillor Ken Crofton.

Councillor Rosemary Bolton was elected to serve as vice-chair.

As well as presiding over East Herts Full Council meetings, the chairman of the council has a ceremonial role and represents the district at civic events.

Councillor Crofton thanked members and officers for their support through his time in office, during which he raised over £3,800 for MacMillan Cancer Support; and Councillor Devonshire announced his chosen charity would be the Stroke Association, an organisation that helps stroke survivors and their families live fuller, happier lives.

Councillor Devonshire added: “I am honoured to be chairman of East Herts and represent our fantastic district.

“My focus for the year will be on celebrating the positive work of the council, to bring people together and help my councillor and officer colleagues drive our priorities forward.

“I am delighted to be raising funds for the Stroke Association, which carries out such worthwhile work rehabilitating children and adults to rebuild their lives after stroke.”

More information is available at: www.stroke.org.uk