Chairman of the Council

The Chairman for 2022/23 is Councillor Ian Devonshire, the member for Much Hadham. His chosen charity for the year is the Stroke Association.

The Vice Chairman for 2022/23 is Councillor Rosemary Bolton, member for Hertford, Kingsmead.

Would you like to invite our Chairman to attend your event?

The chairman represents the council and local community at formal and ceremonial occasions locally and elsewhere. They also attend a varied mix of events in support of local charities, enterprise and the community. 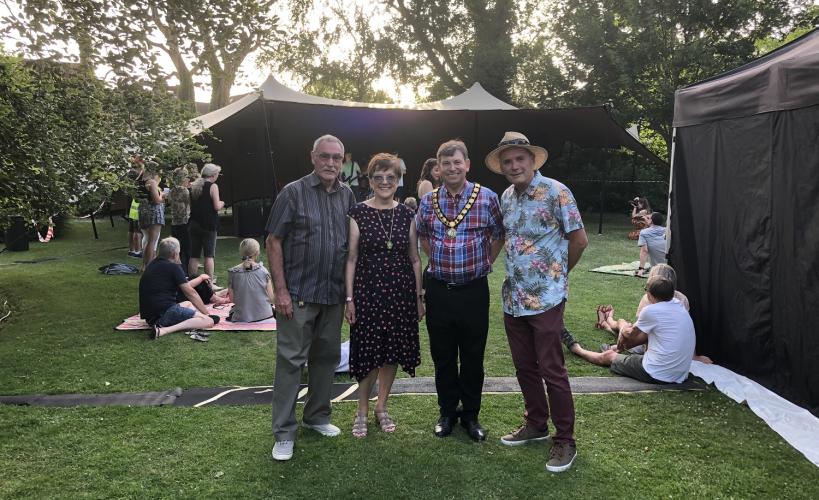 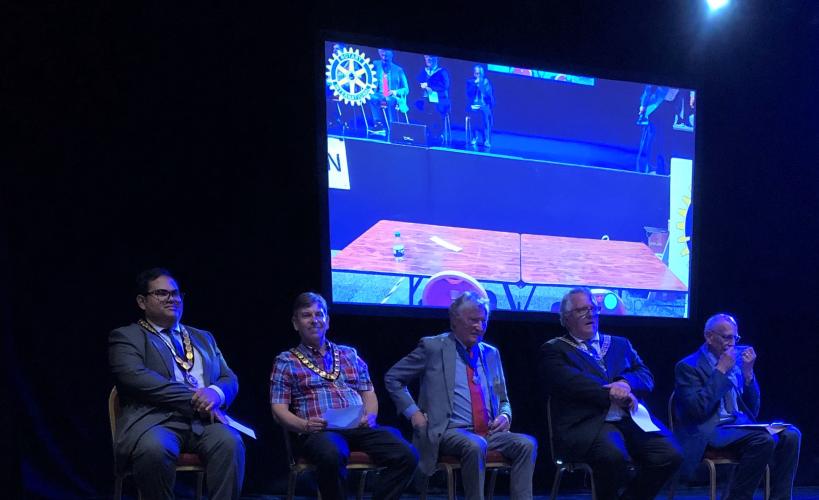 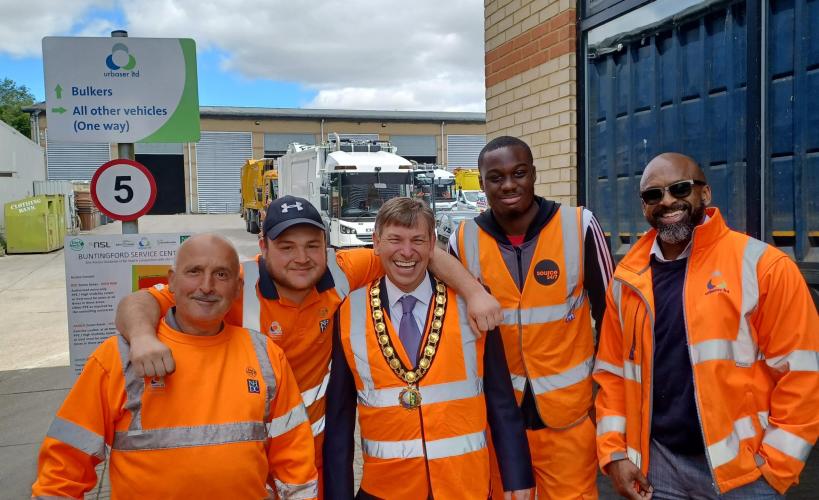 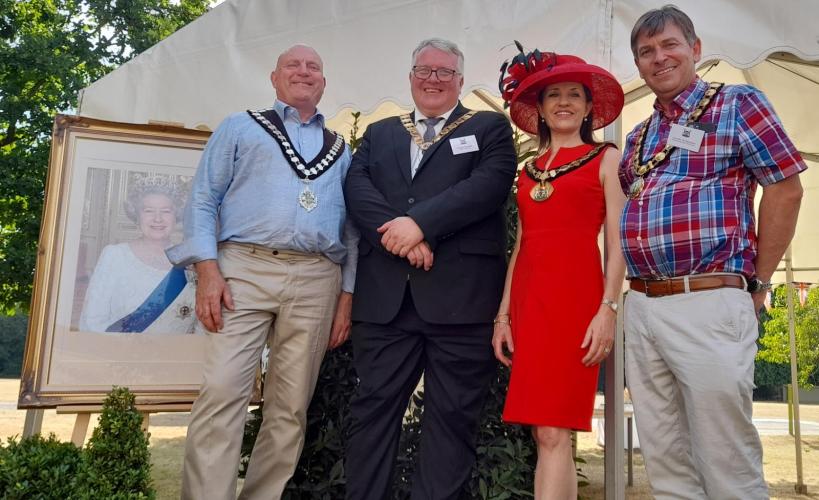 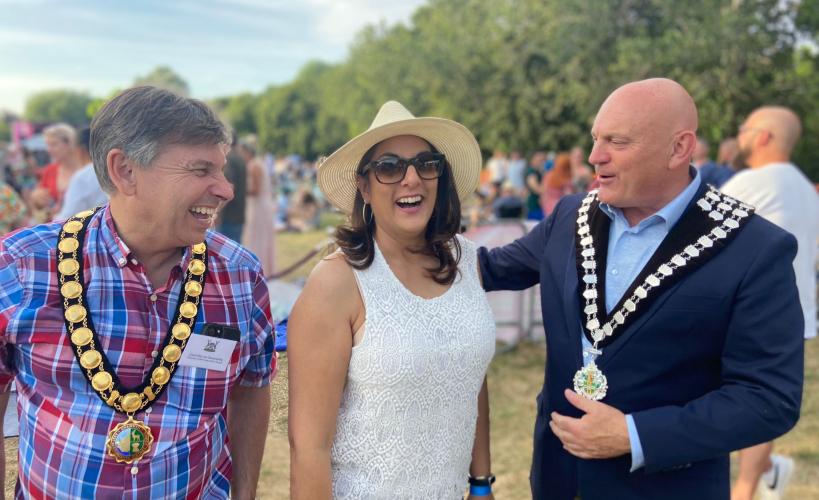 Bishop's Stortford Party in the Park for Covid Heroes July 2022 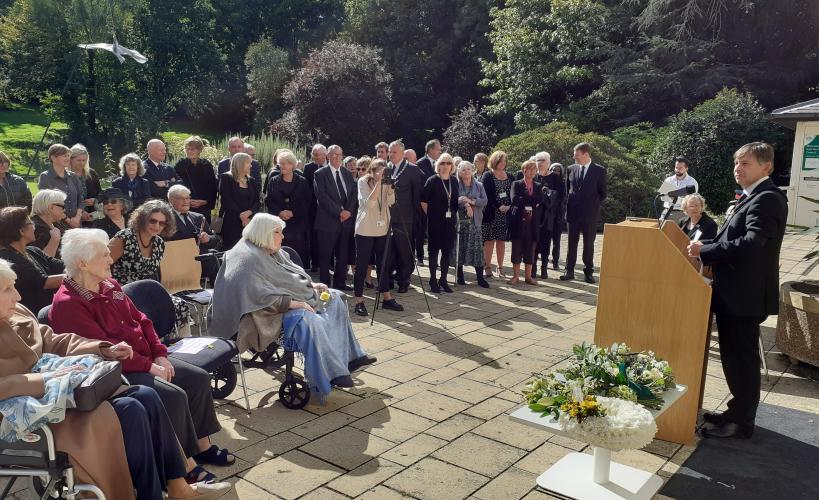 Public tribute service to Her Majesty the Queen September 2022 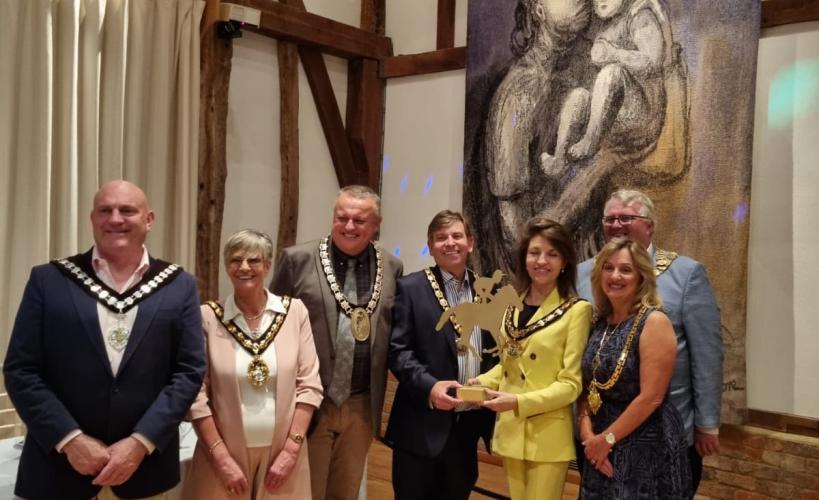 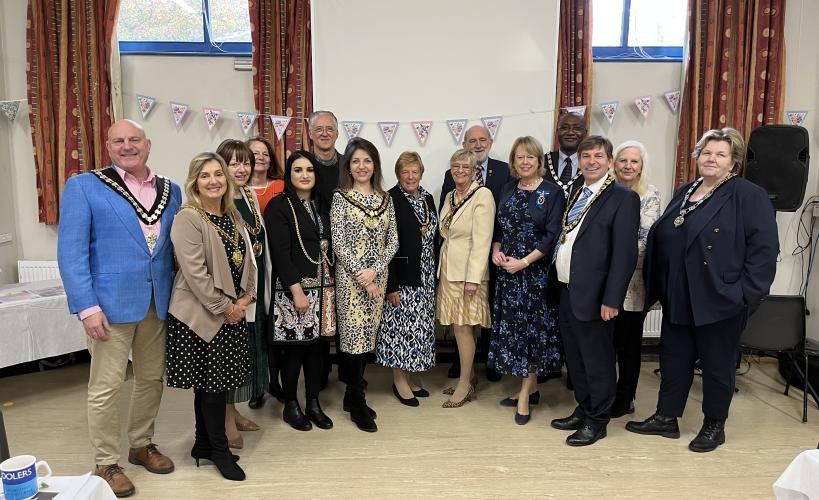 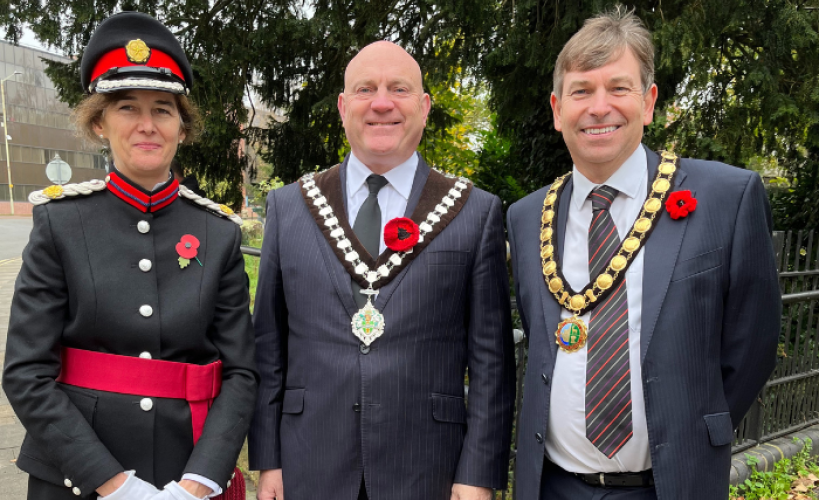 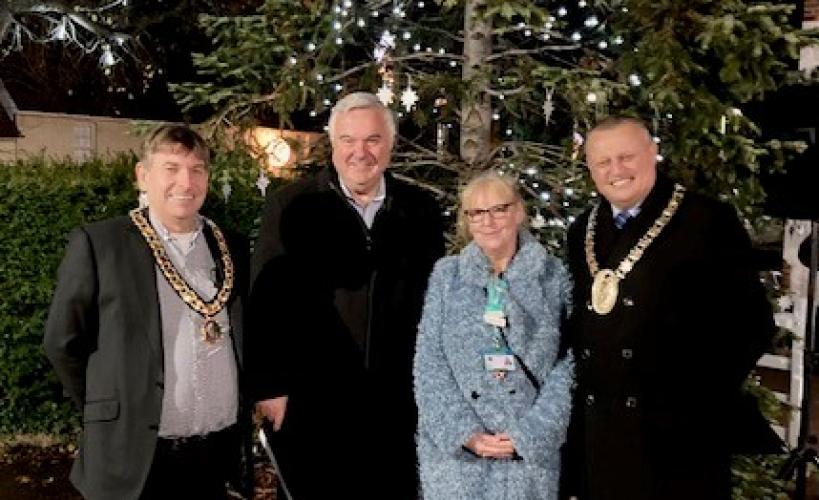 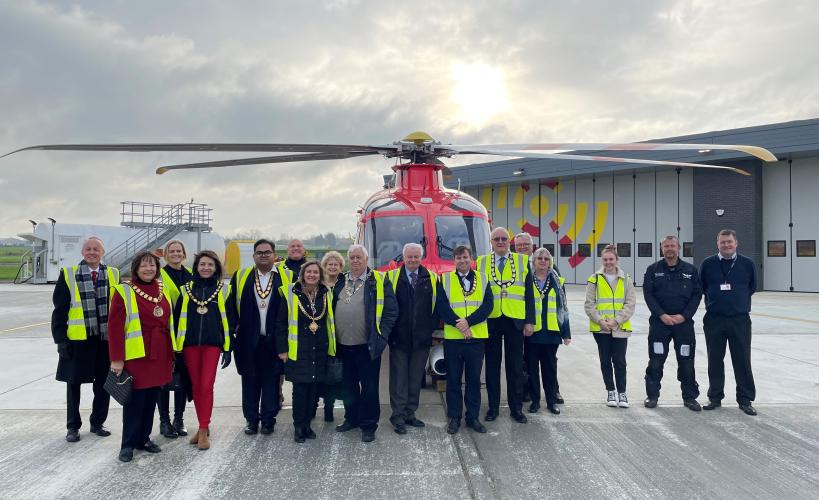 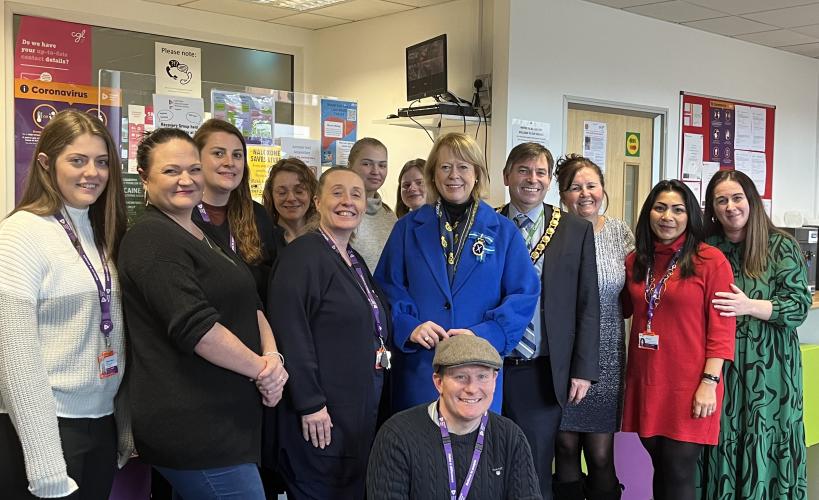 Mayors and Chairpersons at Hertsmere's Carol Service on 18th December 2022. 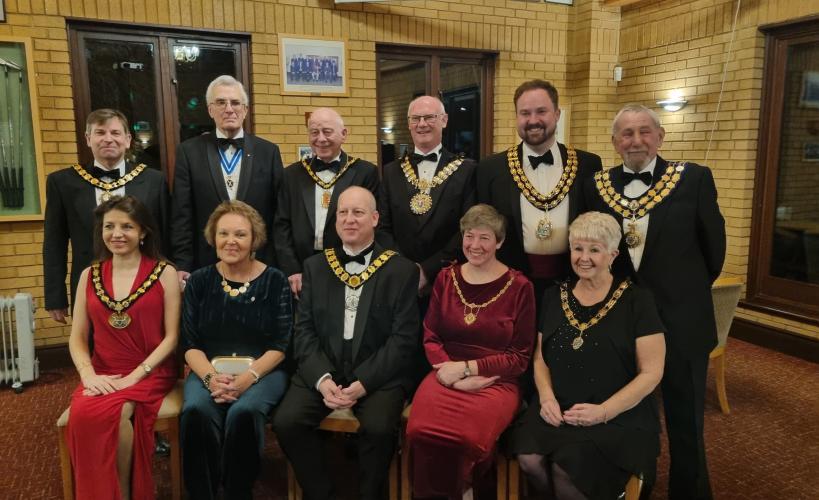 Under the Local Government Act 1972 the Chairman of the Council is First Citizen of the District and at events within the district takes precedence over everyone except the Queen's representative. If the Vice Chairman is attending an event in place of the Chairman he or she takes the same precedence.

The Chairman of East Herts Council always takes precedence over the Mayors of the town councils.

The Chain of Office and Chairman's Badge symbolise three enduring features of this part of Hertfordshire and were commissioned in 1984 to mark the 10th anniversary of the formation of East Herts District Council. The Badge is worn by the Chairman of the Council (and Vice-Chairman) during their Civic Year, when representing the District Council at civic and community events.

Water, agriculture and the traditional hart are all represented in the emblem.

The riverside scene shows a barge and Maltings; the district's rivers were used for generations to carry materials for local industry; the Maltings depict the importance of agriculture and brewing. The Hertfordshire hart also symbolises the county town of Hertford, which lies in the district. The Wheatsheaf denotes the district's mainly rural nature.