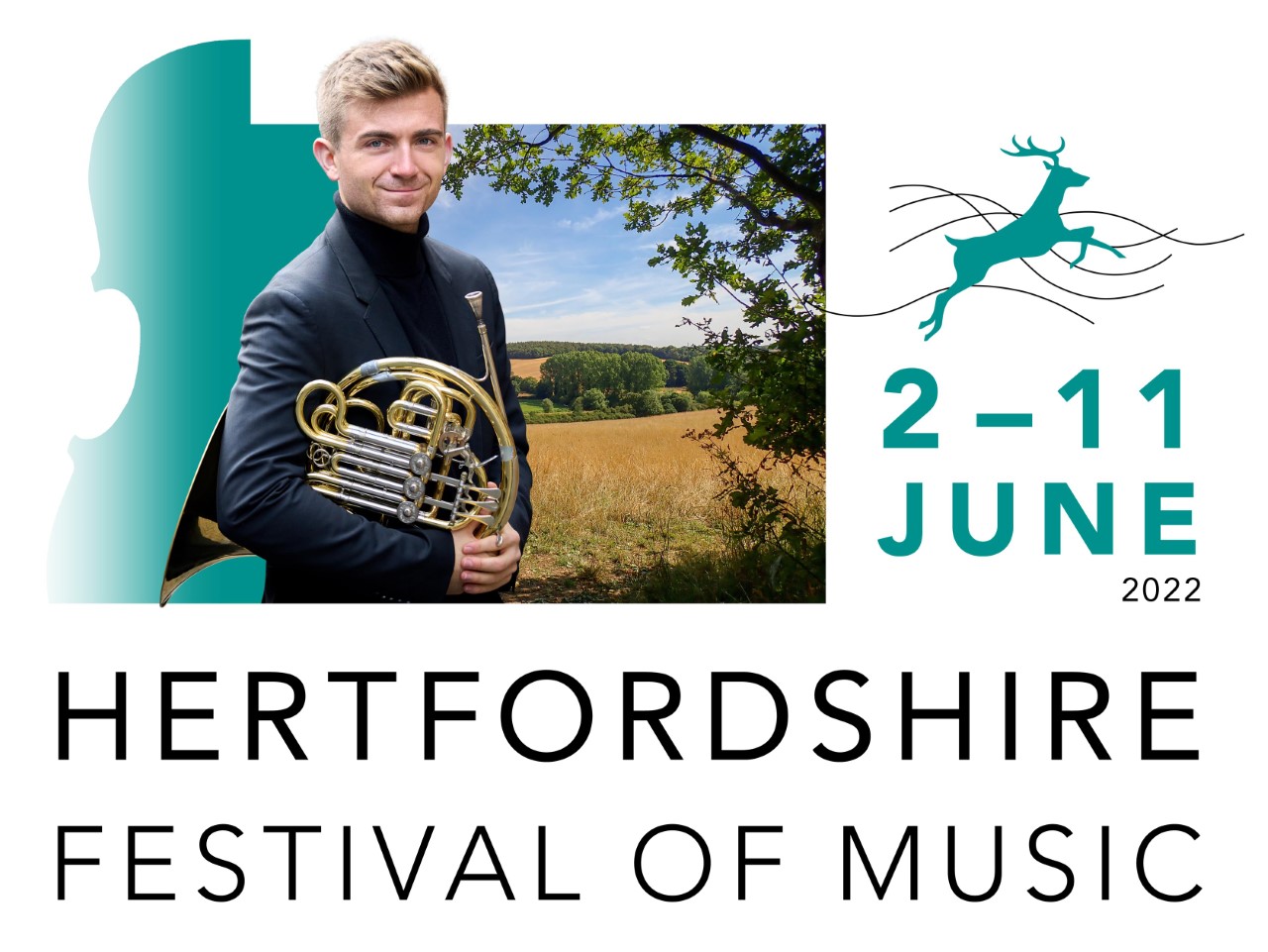 The prestigious Hertfordshire Festival of Music returns to Hertford and surrounding areas from 2 until 11 June.

The Festival kicks off during the Platinum Jubilee with two special events in Hertford. Our Festival Concert Band will bring local community musicians together to perform arrangements of music associated with royalty in a fun, relaxed performance in the grounds of Hertford Castle (Thursday 2 June). And with a thriving choral tradition in Hertford, we relish the opportunity to hear three local choirs from St Andrews, All Saints’ and the Hertford Chamber Choir as they join forces in honour of the Queen’s Jubilee, together with organist William Whitehead (All Saints’ Church, Friday 3 June).

Also on Friday 3 June, Festival favourites ZRI make a return appearance in an evening of musical fun.  Taking place at Hertford Corn Exchange, ZRI's “Adventures with Charlie Chaplin” is part concert, and part film screening with live score. ZRI will bring their musical interpretation to the classic 'The Adventurer', including tunes by Django Reinhardt, Georges Boulanger, and much more.

On Saturday 4 June, Fantasies and Dances for Flute (Emma Halnan) and guitar Jack Hancher takes place at the Church of St Mary the Virgin in Ware
Also on Saturday, the Friends Meeting House in Hertford is the setting for Meet the Composer: David Matthews in Conversation. David Matthews discusses his life and work with fellow composer James Francis Brown. Since working as Benjamin Britten’s assistant in the 1960s this remarkable composer has forged a reputation as one of the UK’s most significant symphonists.

Later on Saturday, the Hertford Festival Orchestra will be playing at All Saints’ Church in Hertford. The programme was conceived by the late Tom Hammond and is conducted by his close friend Matthew Taylor, in tribute to our much-loved Co-Artistic Director and Festival founder.

The Maggini String Quartet will be playing at St Andrew’s Church in Hertford on Tuesday 7 June. Mozart’s famous ‘Dissonance’ quartet, considered one of the greatest quartets of all time, is contrasted with two twentieth-century works that are fast becoming classics in their own right.

One Wednesday 8 June, All Saints’ Church in Hertford plays host to Mathilde Milwidsky (violin) and (piano) Huw Watkins for the regular Soundbites event.
James Francis Brown, Artistic Director, said: “I’m delighted that the Hertfordshire Festival of Music is returning to Hertford and surrounding areas this summer. Our aim in holding the Festival is to celebrate and nurture exceptional music-making, featuring some of the world's finest performers. We have an exciting line-up this year of glorious music. This is your chance to enjoy world-class musicians on our doorstep.”

The Festival was founded in 2016 by composer James Francis Brown and the conductor Tom Hammond, who sadly died in December, aged 47. Musicians from St Albans Symphony Orchestra, which Tom conducted, will be among those performing in his memory in the grounds of Hertford Castle (Thursday 2 June) at a free public event also marking the Queen’s Platinum Jubilee.

The Hertfordshire Festival of Music is a registered charity, which is fortunate to receive the support of Arts Council England and a number of charitable trusts and foundations, county, district and town councils, while a growing Friends Scheme allows individuals to play an important role in furthering the Festival’s scope and potential.

Full details and booking information
Back To Calendar