If you would like to know more about vaccination walk-in centres, boosters or vaccinations for under 18's, please see COVID-19 vaccination information on A Healthier Future website (due to high demand the website can be temperamental, please check back later if the link isn't working). 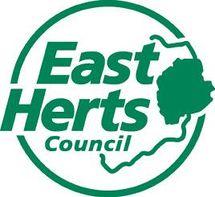 On Thursday 30 January 2020 the Council successfully applied to the High Court for a status quo injunction in respect of breach of planning control at Wheelwrights Farm, Rowney Lane.

Mrs Justice Farbey was satisfied that an injunction should be granted in the circumstances.  There will be a further hearing on Friday 7 February 2020 at which the Council will apply for the continuation of the Injunction Order.

Copies of the Sealed Injunction Order have been served on the site and sent to the occupants.

What does the site have planning permission for?

The site in question, Wheelwrights Farm, lies within the rural area beyond the Green Belt, and was granted retrospective planning permission in 2019 on appeal for one static mobile caravan and one tourer as a gypsy and traveller site for one family.

What enforcement action has the Council already taken?

Following activity believed to be contrary to the conditions associated with the planning permission, a temporary stop notice and breach of condition notice was served by the Council on  Monday 27 January 2020.

Has the Council received a new planning application for the site?

The Council has received a planning application for the use of the site to accommodate four gypsy and traveller families and to include six caravans of which four are to be static. This has not been validated and registered. Once it has, it will be available to view on the Council’s website and there will be a set period for commenting on it.